Home > Tableau Authority > How to Create Groups Efficiently in Tableau?

How to Create Groups Efficiently in Tableau?

A great business dashboard combines high performance and ease of use.

In this article, we will show you how to efficiently create groups in Tableau.

You can also look this video to see how we did it!

It was a movie review dataset.

We wanted to see the average rating of a selected few movies against the rest of them.

We created groups using Tableau’s native feature as shown below: 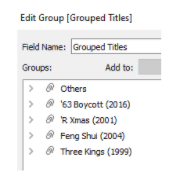 The Viz Loaded in 2 Minutes 51 Seconds!

A simple viz that shows the avg reviews of grouped movies, took 2 min 51 secs to load! 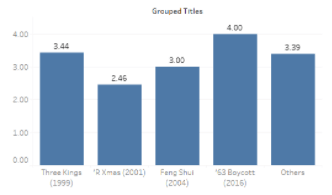 The built-in group feature loads the entire domain of the dimension. Thus, it takes time.

As it is too long, we wanted to improve this.

We created a Calculated Field using CASE Statement to do the grouping.

It only loads the named members of the domain. Thus, it would be faster. 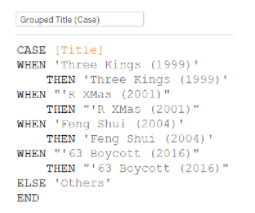 Now, the same viz took 1 min 40 sec to load in Tableau with a Live connection – that is 42% lesser time! 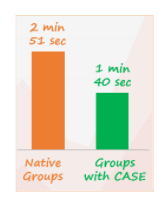 The load time can be still reduced further if we leverage the power of Tableau Extracts as explained here.