How can you use twitter to know which geographies to target your customers through twitter?
And if the ones you are using are effective? or not?

We had the same question and we analyzed twitter ‘location’ data to find the answers. The data we obtained had approximately 3.5 million records which had the location field from each user’s twitter account.

How to Benefit From This Analysis? 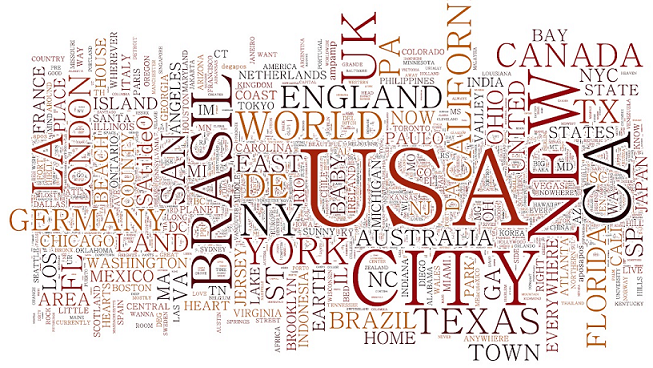 Word Cloud of the Entire Database

From the cloud we can clearly deduce that USA has the largest users followed by Brazil, UK, Germany, Canada and Australia. When it comes to US states, CA, NY, Texas, Florida have more users.

More Insights at the Country Level

As we have already seen in the above picture that USA, Brasil, UK and Germany visibly dominate the word cloud, we dissected the data further for each country. 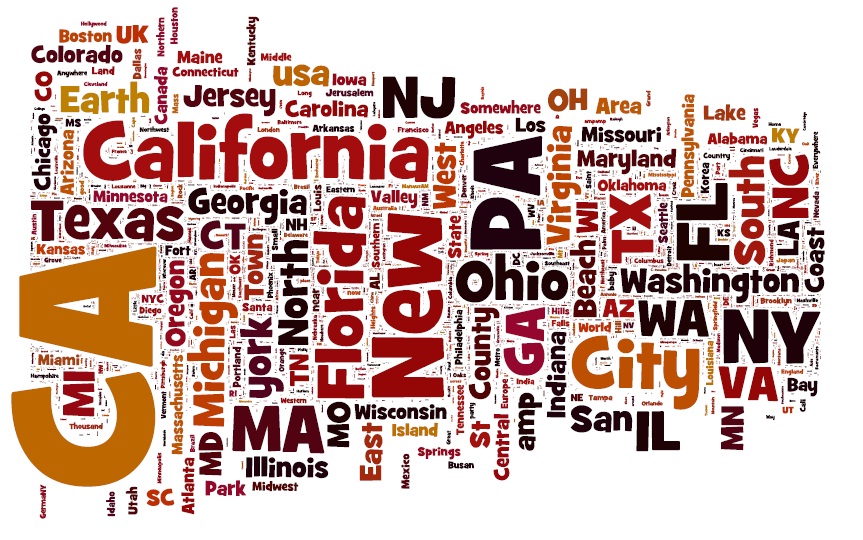 Cities and States in USA

The ten most populous states in US are consistent with the top 10 states by frequency in the word cloud except Illinois. 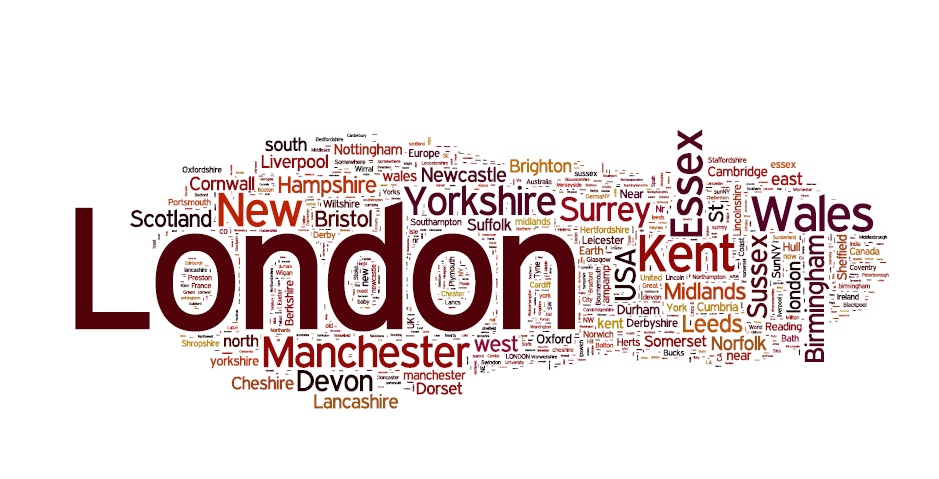 Cities and states in England

UK too follows a similar trend. Though Midlands has a greater population than Greater Manchester, Manchester has more users in the cloud than Midlands while the frequency for other counties or cities like Yorkshire, Essex and Liverpool is in sync with its population. 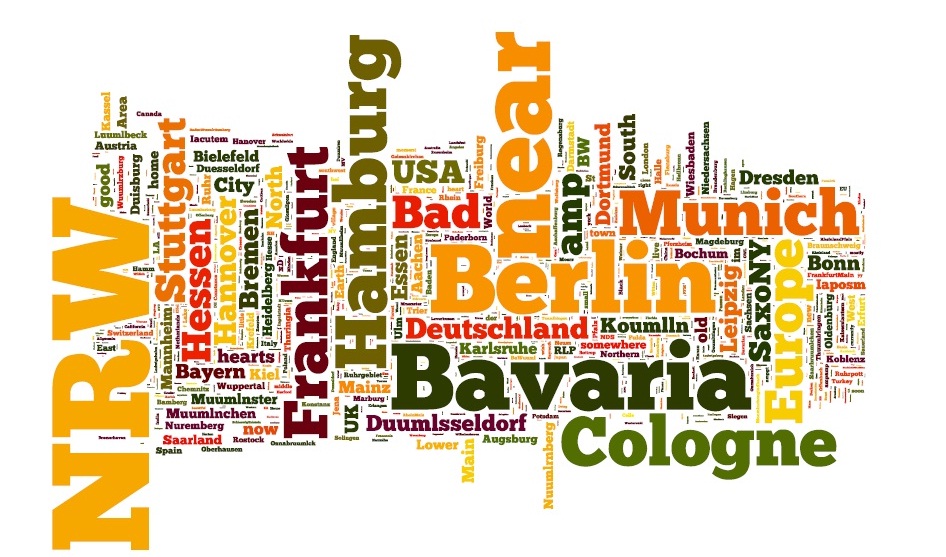 Cities and States in Germany

Similar look at places in Germany shows an interesting insight. NRW also known as North Rhine-Westphalia leads the way followed by Berlin, Bavaria, Cologne, Hamburg and Frankfurt. It is also interesting to see that people who live in Germany and also USA are significant in number as they have listed down both Germany and USA in their location field.

We can also further delve deep into the data to find the cities in a particular state rather than a country. The word cloud below shows the cities in California. 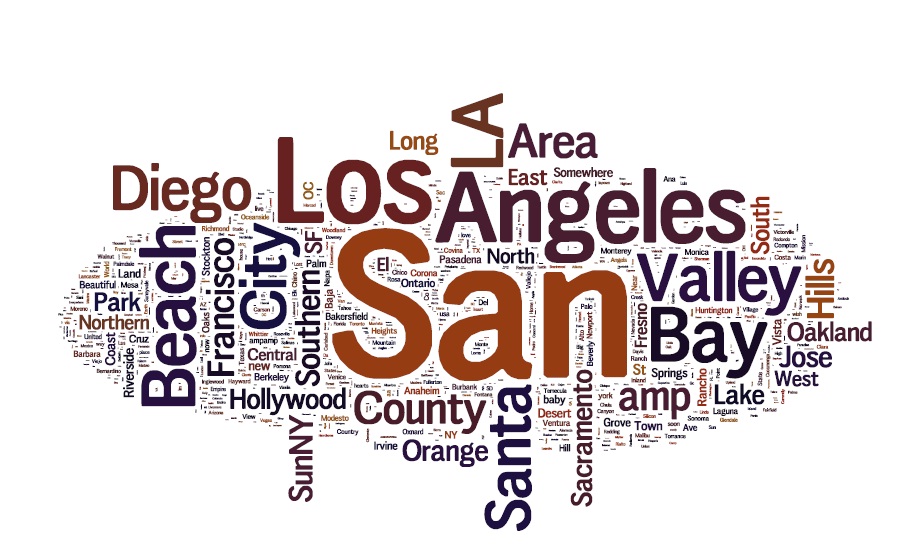 We have provided you a PDF version of all the images, created under Creative Commons License, which will give you the ability to zoom in and see the all the locations that are in the cloud. The more you zoom in, the more words you will be able to see.

How we did it?

We obtained a total of 3.5 million twitter users’ ‘location’ records for our analysis. Because there was a lot of unwanted data in the database that we obtained (a lot of the user locations have been filled with the latitude and longitude positions via iPhone and other mobile service providers), we cleaned the data to remove any redundant items. We finally retained data without any numbers or character symbols.

Sample Snapshot of the data we obtained 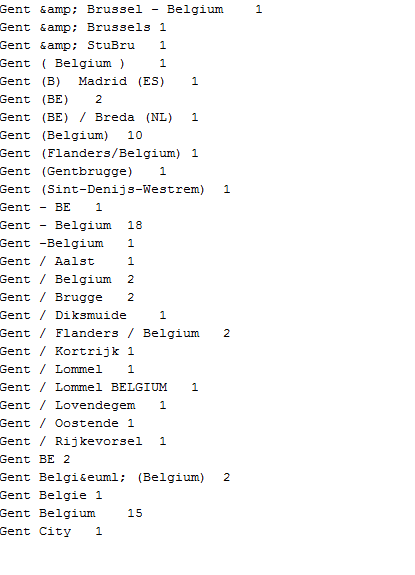 Snapshot of the data we obtained initially