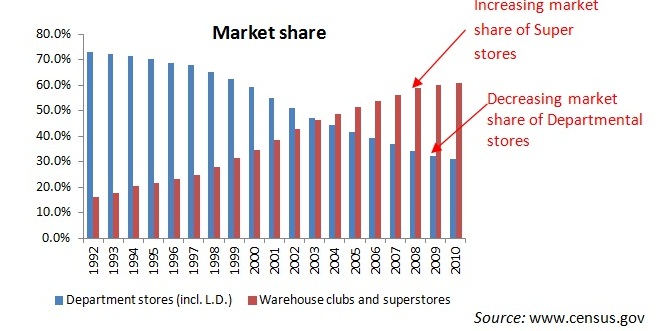 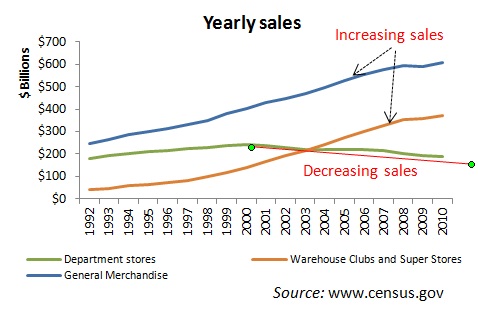 Alcohol No Longer a Luxury!

Beer, Wine and Liquor are no longer luxury goods. They have become more of basic goods. Look at the sales during dot-com bubble and the recent recession, sales have increased slightly instead of decreasing. This means people are not treating beer, wine and liquor as luxury which is the reason for not postponing their consumption of alcohol to save money during recession. Alongside if we observe sales during 1991-2010 they have increased from $21 billion to $42 billion, a 100% increase, at a steady rate without any sudden peaks and troughs – implying it is not much affected by by economic changes.

It is surprising that, even during recession people tend to keep up with their sports habits. According to US census data sporting goods sales have increased from $35 billion to $37 billion during recent recession.

From the above graph, it is also evident that sales growth is never negative indicating that Sports goods stores sales have never declined majorly. In addition to that, during recession sports goods stores sales has grown more than GDP in 2008 and maintained the sales i.e., 0% growth till 2009 end. This implies that even during recession people tend to keep up with their sports habits even though they may not take new ones.

Buy for everyone in a single trip seems to be new mantra in clothing industry. More People started to prefer family stores to exclusive stores. Look the transformation of market share of clothing industry from 1992 to 2010: 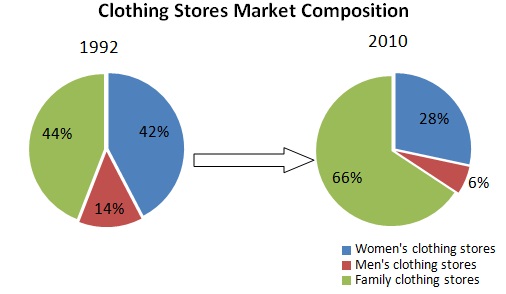 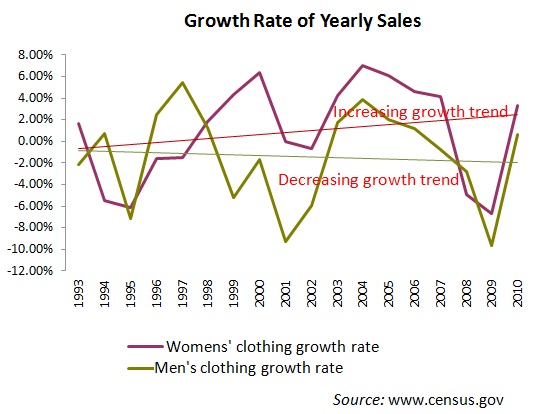